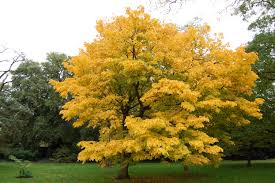 (UNDATED) – Portions of two Indiana parks are getting a special designation because of a rare tree species.

The Forest Stewardship Council’s certification is a way to ensure that 591 acres (239 hectares) where the trees are growing are managed so they remain part of the landscape, said Mike Spalding, resource specialist with Monroe-Monroe and Yellowwood state forests.

One theory was the yellowwood trees were brought north by Kentucky settlers, but that was proven false when the trees were analyzed. The results showed the trees were genetically distinct and had been in the area for thousands of years.

Spalding doesn’t know how many yellowwood trees are currently growing in Brown County State Park, but he estimated there are less than 1,000 in the forest.

Pursell speculates that caring for today’s yellowwood trees might expand their hold in Indiana by providing habitat where the trees can flourish.

“It’s a different way of how one approaches forest management,” Pursell said. “But it’s a special place and it has something unique there.”