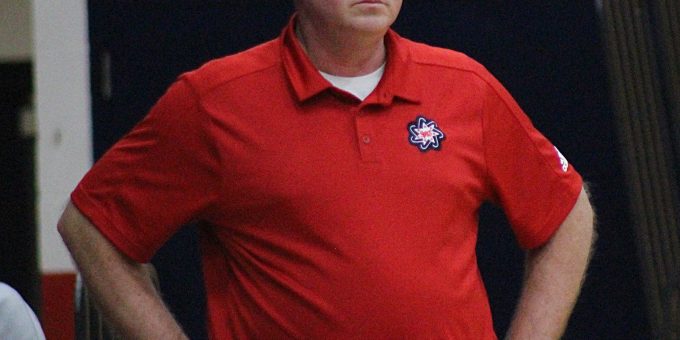 BEDFORD – Road games in the Hoosier Hills Conference are like buying seafood on a beach pier from a guy named Guido, who runs his business from the trunk of his 1975 Cadillac. Better be careful.

Bedford North Lawrence will journey to Jennings County on Saturday night, looking for its third straight conference victory. The Stars must do so with the same wariness when consuming that shellfish from an unreliable source. Something doesn’t smell quite right.

The Panthers (6-5 heading into Friday’s home clash with Crothersville) feature an entirely new lineup from last season, with two sophomores and a freshman seeing considerable action. But Jennings has always been a contentious trip for the Stars. New BNL coach Jeff Hein is leery.

“Jennings is young but they have some size,” Hein said. “They present some problems. They’re long and lanky. They battle and don’t give up. It won’t be an easy game by any means.”

The Panthers will showcase 6-8 sophomore center Jacob Vogel and rookie point guard Keegan Manowitz, along with senior Aaron Martin as a veteran stabilizer.

Jennings, with all the youth, has been expectedly inconsistent. The Panthers went on a three-game losing skid in late December, bounced back with three straight wins, then dropped a 77-57 decision to Columbus North. They fell into a 27-7 hole in that one. Martin had 12 points, Vogel totaled 10 points and 8 boards, and Manowitz had 7 assists.

And they’re probably tired of losing to the Stars. BNL has won seven straight in the series, topped by last year’s 75-56 triumph at BNL Fieldhouse. Jennings couldn’t contain Brayton Bailey, who had 25 points, 11 boards and 7 assists in that outing.

“We just couldn’t keep the ball out of the paint,” Jennings coach Josh Land said. “I think all of his field goals were within eight feet of the basket.”

The Stars are currently atop the HHC, with a long way to go. They’re chasing an elusive title, looking for their first league crown since 2011.

Last meeting: Last year at BNL, the Stars rolled to a 75-56 victory. Brayton Bailey had 25 points and 11 rebounds for the Stars, while Aaron Miller had 17 for the Panthers.

Game notes: BNL has won seven straight in the series.