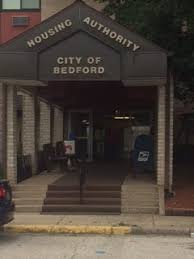 A complete list of projects was available for the public to view prior to the start of Thursday’s meeting.

A total of 62 residents reside at Hamilton Courts, 103 residents at the Hauck House, and the Housing Authority issued a total of 168 Home Choice Vouchers.

Green Acres was awarded the lawn care contract. It will cost $100 each time the Hauck House lawn is mowed and $300 for Hamilton Courts.

The Board of Commissioners also approved the purchase of a new server for the Housing Authority.

The final business of the Board of Commissioners Thursday was concerns over a resident’s lease not being renewed. The lease was not renewed because the tenant was evicted.