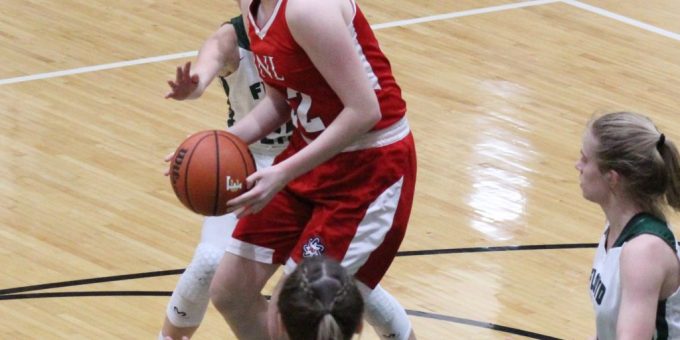 BEDFORD – January 14th, 2019, a date that will live in Bedford North Lawrence basketball infamy for a very long time.

One of these days, like so many bad memories, that Monday night will slip into the dust of history. But not today. The Stars have been calendar watching, gritting teeth as the most inexplicable loss in program history has been relived.

The road trip to Floyd Central was supposed to be a coronation, with BNL marching toward the outright Hoosier Hills Conference crown. The Stars were overwhelming favorites, owning 11 straight wins in the series.

The Highlanders didn’t care, weren’t impressed. The 36-26 upset was one of the stunners in BNL history. Floyd executed its game plan, daring the Stars to shoot from deep and forcing them to chase for long possessions on defense, to perfection, and the Stars played one of the worst halves of basketball since peach baskets were first nailed on a barn wall.

BNL shot 1-for-20, scored 5 points in the first two quarters. Then rallied for the lead. Then disintegrated. BNL coach Jeff Allen called it the most disappointing loss of his career.

That was yesterday. Today life goes on. No more living in yesterday.

“The kids haven’t forgotten what happened,” Allen said. “It was a lesson in learning never to take anything for granted.

“We weren’t playing well, we weren’t focused, and we played a terrible game. We got beat and I take the blame. I didn’t have them ready. We will be ready on Saturday. We have something to prove.”

So here we go again. No.14 BNL (13-4, 5-1 in the HHC) is a huge favorite on Saturday afternoon, according to the Sagarin composer power ratings. The Highlanders (5-12, 0-5) have struggled, averaging only 36.4 points per game. Part of that is Randy Gianfagna’s coaching style.

“They try to spread the floor and get very deliberate, and it limits your opportunities to score,” Allen said. “So we know we have to be ready. We know what can happen if we’re not.”

BNL should have definite advantages, starting with 6-3 senior center Madison Webb in the interior. Floyd starts four guards, with nobody over 6 feet. The Stars are also one of Southern Indiana’s hottest teams with 10 consecutive wins against in-state competition and six in a row overall.

Chloe McKnight, coming off a sizzling performance against Columbus East with 7 treys and a career-high 33 points, is averaging 15.7, followed by Irye Gomez (12.5) and Webb (11.6 plus 5.6 rebounds).

BNL is also in position to defend its share of the HHC title. The Stars need to earn late revenge against the Highlanders, then see if injury-depleted Jeffersonville can finish its undefeated league run against Seymour (Tuesday) and New Albany (Jan. 24).

“All we can do is control what we can control,” Allen said.

Floyd is coming off a 36-24 victory over Borden on Tuesday night as senior guard Kalissa Fosskuhl scored 11 points and sophomore Keegan Kaiser (one of the heroes of last year’s win over BNL with four clinching free throws) added 9.

Last meeting: Last year at Floyd Central, the Highlanders stunned the Stars 36-26. BNL hit only 1 of 20 shots in the first half. Lindsey Dorsey had 19 points for Floyd. Madison Webb had 10 points and 11 rebounds for BNL.