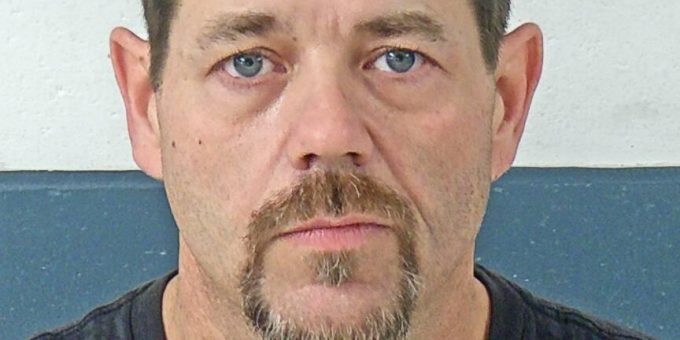 (BEDFORD) – A Heltonville man was arrested Wednesday after a Bedford Police officer stopped his vehicle at 12th and L streets at 6:56 p.m.

Police arrested 47-year-old Matt Terrell on charges of possession of a controlled substance, possession of meth, possession of marijuana, and driving while his driver’s license was suspended with a prior conviction. He was also issued a citation for false registration.

“The officer stopped the truck for the violation and checked the driving status of Mr. Terrell,” says Chief Terry Moore. “Terrell returned with a suspended license.  Officers requested a wrecker and during the inventory, they found paraphernalia, methamphetamine, marijuana, and a pill identified as a schedule II controlled substance that Terrell did not have a prescription for.”