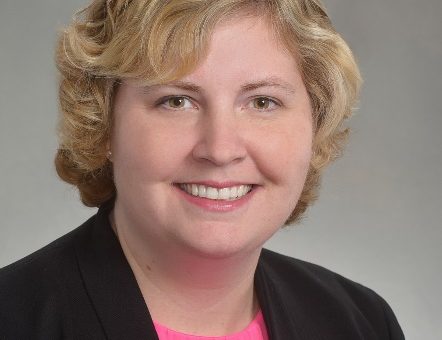 The Indiana Association of Beverage Retailers was formed in 1936 and is the voice of the state’s package liquor store industry.

“We are thrilled to welcome Gretchen White to our organization and are proud to have Matt Bell, Anthony Mitson and the whole team at Catalyst Public Affairs in this new role,” said Travis Scheidt, Chairman of the IABR and Vice President of Cork Liquors.  “Together, we will continue to promote a regulatory environment that provides for the responsible and safe retail sale and consumption of beer, wine, and spirts for Hoosiers aged 21 and above.”

With more than 15 years’ experience in the government affairs arena, Gretchen White will serve as Executive Director of the IABR and has been named Vice President of Catalyst Public Affairs Group.

“For 84 years, the Indiana Association of Beverage Retailers has played a prominent and impactful role in shaping our state’s public policy with regard to the sale of alcoholic beverages in a manner that promotes safety and responsibility above all else,” said White. “I am looking forward to working closely with small-business package store owners from across the state in continuing this sterling tradition.”

“The Indiana Association of Beverage Retailers will continue to be an effective voice in the Statehouse due to the unmatched credibility and longstanding relationships maintained by dedicated package store owners across the state,” said Matt Bell, President of Catalyst Public Affairs Group.  “Lending our expertise, we will follow their lead in promoting safe and responsible public policy in the statehouse and in local communities.”

Founded in 1936, the Indiana Association of Beverage Retailers (IABR) is the voice of the package store industry in Indiana. The association represents the interests nearly 1,000 package store owners by promoting responsible retailing, developing sound public policy initiatives and building stronger communities with local advocates. A diverse board of package store owners from around the state helps create a sound foundation for the future of these multi-generational businesses.

Gretchen White brings a diverse background spanning more than fifteen years in the government affairs arena. Gretchen’s work experience has primarily focused on successfully advocating at the state and local levels of government where she has led on a variety of complex, tough issues.

Her previous experiences include work within several statewide trade associations, a Fortune 500 corporation, state government, and political campaigns. Most recently Gretchen served as Director of Government Affairs for a statewide trade association focusing on housing policies. During this time her peers in the government affairs arena selected her to serve on the Governmental Affairs Society of Indiana (GASI) Board of Directors and she was subsequently elected President of the Board (2015-2016).

Gretchen got her start in politics as a college student assisting on the 2004 Mitch for Governor Campaign and credits those long days for her strong work ethic. Gretchen also completed legislative session internships with the Indiana House of Representatives and a law firm’s Public Affairs Group before graduating from Purdue University with a degree in Political Science.