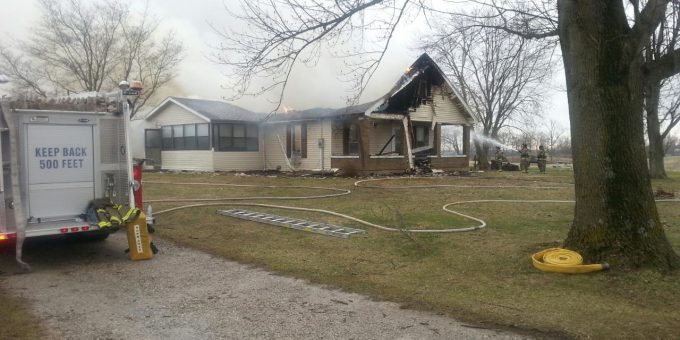 The 9-1-1 call indicated that there may be someone trapped in the fire.

“When fire crews arrived on the scene they found smoke coming from the residence. While we were stretching lines the fire intensified. No one was injured in the blaze,” Fire Chief Gillespie noted.