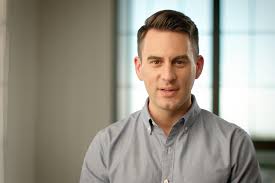 “Hoosiers deserved to hear big, bold ideas tonight from Governor Holcomb in his State of the State address. Hoosiers have deserved that from a governor who’s been in a position to take action for three years now. Instead, we got more of the same incrementalism.

While Governor Holcomb has finally come to see that Hoosier teachers aren’t paid anywhere near what they deserve and that our communities need, he still is offering only half measures and a “wait until next year” approach for real action.

I launched my campaign for governor with a plan to raise teacher pay to a minimum of $50,000 for every Hoosier teacher and to create a Public Education Endowment – investing an additional $300 million every year in public education, without raising taxes – so we can support our public schools and communities across the state. And in conversations across the state with thousands of Hoosiers, fully funding public education is the number one issue I am asked about.

Governor Holcomb has a history of making promises under pressure in his State of the State address, only to underdeliver. Just last year he promised a comprehensive hate crimes bill that would protect all Hoosiers, including all LGBTQ Hoosiers. He didn’t do it.

He also promised a massive investment in public schools last year, but delivered far less than expected or needed, leaving many school districts across the state to increase taxes via referendum to provide for their students, teachers, and community.

We need bolder and more inclusive leadership in Indiana. That is why I am running for governor this year, to finally get the job done right in our state for every Hoosier.”