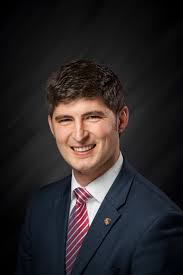 The bill sponsored by Republican Rep. Tim Wesco of Osceola would change Indiana’s current 6 p.m. closing time to 8 p.m. Kentucky and Hawaii are the only other states with poll closing times that early, Wesco said.

The Indiana county clerks association told the House elections committee this past week that a longer Election Day could lead to fewer available poll workers and greater costs in paying them.

Supporters of extended voting hours said they believed it could help boost Indiana’s voting turnout that has been among the country’s lowest.

Some Republican committee members, however, said voters already have many opportunities to cast ballots ahead of Election Day if they wish to do so and doubted whether adding two hours at polling sites would make much difference in voter turnout.

A committee vote on whether to advance the bill to the full House hasn’t yet been scheduled.