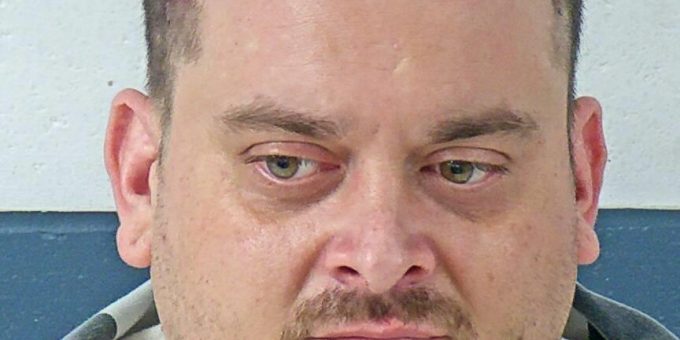 (BEDFORD) – A Mooresville man was sentenced today to 10 years in prison for dealing meth.

Lawrence County Judge Williams Sleva sentenced 42-year-old Gary Gibson to 10 years in the Indiana Department of Corrections and he will execute the entire sentence. He was given credit for 256 days served and fined $585.

“Gary Gibson needs to face the consequences for trafficking drugs into Lawrence County,” said Chief Deputy Prosecutor Bob Cline during the sentencing hearing. “He delivered methamphetamine from large urban areas into our community.  He is in need of rehabilitation which can be best provided by 10 years in the Indiana Department of Corrections, which causes me to recommend that he be sentenced to 10 years in prison.”

Gibson was arrested in May after he led police on a multi-county vehicle pursuit.

An Indiana State Police detective learned that Gibson, who was wanted on warrants out of Hendricks and Lawrence counties, was traveling from Mooresville to Mitchell with a half-ounce of meth, according to a probable cause affidavit.

Police allege Gibson entered Mitchell in a 2015 Chevrolet Sonic. Officers then followed him east on State Road 60 East. When an officer attempted to pull over the vehicle, Gibson sped up and passed a vehicle in a no-passing zone.

About a mile and a half into Washington County, the vehicle stopped and police arrested Gibson.

In the vehicle, police found two bags of meth, a meth pipe, empty baggies, a plastic container with crystal residue, two cut-straws and a 100-gram weight for scales.

Gibson told police that he threw a scale, a pipe, and some meth out the window during the pursuit. He also told police he crushed some meth up and threw it on the floor.

Gibson said he ate four Xanax bars while police were chasing him and that he usually brings a half-ounce of meth when he comes to Lawrence County.

Gibson told police he sells meth because he can buy it in a city and sell it in a rural area for higher profits.