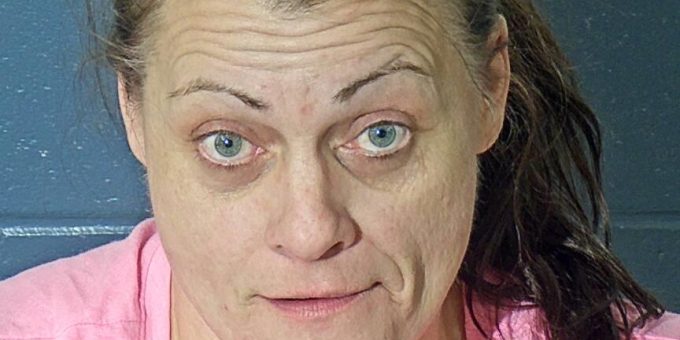 (BEDFORD) – A Bedford woman was arrested Saturday during a traffic stop.

According to Lawrence County Chief Deputy Aaron Shoults, 45-year-old Angela Root was a passenger in a vehicle that was stopped for speeding.

“While conducting the stop the officer found Root to be in possession of a straw containing a residue and in possession of marijuana. The white residue field-tested positive for meth,” added Chief Deputy Shoults.

Root was arrested on charges of possession of meth and marijuana and possession of drug paraphernalia and transported to jail without incident.