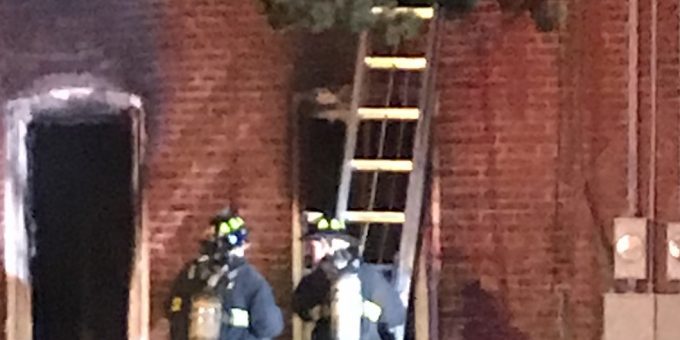 (BEDFORD) – Bedford Fire Department responded to a fire at the Red Brick at Otis Park just after 9 p.m. Friday.

The Red Brick is owned by the City of Bedford and managed by the Bedford Parks Department.

According to Bedford Fire Chief DeWayne Turpen, three engines and a rescue truck responded with 11 firefighters.

“Upon fire crews arrival, flames were coming out the north kitchen window,” said Chief Turpen. “Fire crews quickly knocked down the fire that was contained to the kitchen area on the east side of the structure. The damage to the kitchen area is significant and smoke damage spread throughout the entire ground level.”

No one was injured. Fire crews remained on the scene until 11:38 p.m.

“The department investigator will return this morning at daylight to begin the origin and cause study,” says Chief Turpen.

“We are thankful, no one was injured while battling the blaze,” said Sam Craig Mayor of Bedford who was at the scene.