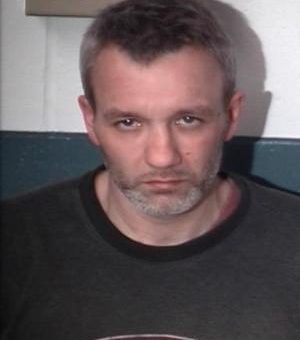 (BEDFORD) – A Mitchell man was sentenced to 8 years in the Department of Correction after he pleaded guilty to a Level 3 felony charge of possession of meth.

Superior Court II Judge William Sleva sentenced Chad Alan Grissom on Thursday. Grissom will execute all 8 years. He was given credit for 315 days served and was fined $585.

“Chad Grissom needs to face the consequences of trafficking drugs in Lawrence County. He was in possession of over 28 grams of methamphetamine which indicates that he is in the business of selling this poison to the members of our community,” said Chief Deputy Prosecutor Bob Cline during closing statements at Chad Grissom’s sentencing hearing.

Grissom was arrested in March 2019 after Bedford Police officers found more than 80 grams of meth while serving an arrest warrant.

According to Chief Terry Moore, officers went to a local business to serve an arrested warrant on 38-year-old Eric Holt for petition to revoke probation.

As police were placing Holt under arrest, he asked to place some belongings in his car. Officers then patted Holt down and found 4 grams of meth in his pocket.

Grissom was sitting in Holt’s car, and as officers approached the vehicle they could smell the odor of marijuana coming from inside the vehicle.

Officers say Grissom was in possession of 86 grams of meth, 8 grams of heroin and 14 grams of marijuana. He was arrested.