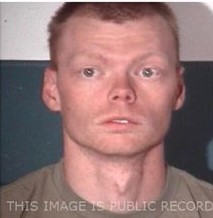 (BEDFORD) – Judge John Plummer III did not accept a plea agreement during a sentencing hearing Thursday in Lawrence County Superior Court I.

Judge Plummer told the defendant Johnathan Stemann, “In Indiana, victims have constitutional rights also. And the victims will not be well served in this plea agreement.”

According to the police, the girl said she was sharing a bed with Stemann while he was visiting Indiana in May 2017. She told police that Stemann sexually assaulted her twice that night.

According to police, Stemann was interviewed multiple times by US Army investigators. During one interview, the investigators reported Stemann said he was “blackout drunk” but in his mind, he thought “something did happen.”

Lawrence County Deputy Prosecutor Allison Chopra is prosecuting the case for the State of Indiana. He is being represented by Lawrence County Chief Public Defender David Shircliff.