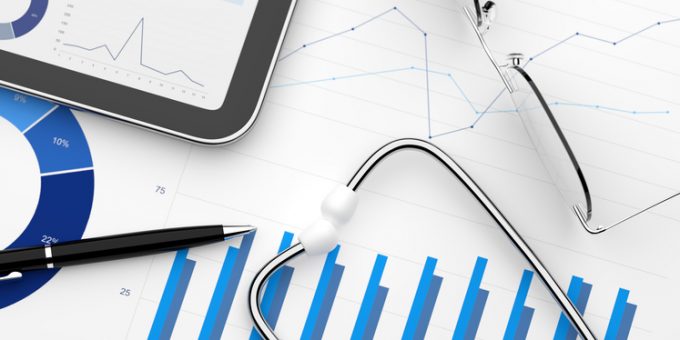 (INDIANAPOLIS) – The Indiana Manufacturers Association and We Ask America, today, released their first collaborative, statewide public opinion poll of Indiana. Voters were asked their opinions about the direction of the country and state, current job market, the job performance of its leaders, what issues matter most to them, and about healthcare costs and whether it has affected them or someone in their household.

Indiana voters are more encouraged about the direction of the state than they are in the direction of the country. That difference in opinion is also reflected in their opinions of elected officials. Voters are split on their opinion of President Trump’s job performance but give Governor Eric Holcomb better reviews. Hoosiers give the governor a strong grade on his leadership of the state and appear ready to give him another term as he heads into his re-election year.

One issue clearly affecting voters around the state is healthcare costs. Fifty-five percent (55%) of Hoosiers listed affordable healthcare as one of the top three issues they want the state legislature to focus on as they convene for the 2020 legislative session. One in three households have received an unexpected medical bill in the last year, and a majority of voters have seen their health insurance or out-of-pocket expenses increase in the past year.

“The IMA partnered with We Ask America to poll Hoosiers about the issues impacting businesses and individuals alike. Healthcare expenses are a critical issue for manufacturers. Hopefully the information in this poll is a call to action for policy leaders,” said IMA President and CEO Brian Burton.

A majority of Hoosiers approve of Governor Holcomb’s job performance.  Hoosiers like the direction the state is headed and are happy with the current job market and, as a result, have given Governor Eric Holcomb high marks in his leadership. Fifty-one percent (51%) of Indiana voters approve of the job Holcomb is doing as governor while just a quarter (25%) disapprove. While the governor is underwater with Democrats at a net -12% job approval (30% approve/43% disapprove), he sits +17% (40% approve/23% disapprove) with Independents and +61% (73% approve/12% disapprove) with Republicans. Among men, 61% approve of his job performance while just 23% disapprove. Among women, 41% approve while 28% disapprove. Governor Holcomb enjoys high marks around the state, with voters in the Indianapolis donut counties region giving him his strongest marks at 61% approve/23% disapprove (net +38%).

Governor Holcomb enters 2020 in control of his re-election. When asked whether he has done enough to deserve re-election, 26% of registered voters say outright that he has, while 25% say that he probably has. Twenty-four percent (24%) say that he has not, and 25% are unsure. While the surface numbers may appear less encouraging for the governor on whether Hoosiers believe that he deserves re-election or not, the underlying data suggests a very strong path towards re-election for Governor Holcomb. Among those that said probably, 74% approve of the governor’s job performance, 58% believe the state is headed in the right direction and nearly two-thirds (64%) of them say that it’s a good time to find a job in Indiana. Voters saying that he probably deserves re-election look far more probable than not at ultimately supporting the governor next year. Additionally, among those that are unsure, the governor’s job approval sits right-side up at 22% approve/12% disapprove. While there exists a path to knocking off the governor, it’s a narrow one.

Indiana voters care about affordable healthcare and a stable economy. When asked to rank what issues they’d like the governor and legislators in Indianapolis to focus on in the new year, Hoosiers focused primarily on creating jobs and improving the economy and making healthcare more affordable. Overall, 22% listed jobs/economy as their top issue while 20% chose affordable healthcare. These were followed by a near three-way tie between increasing funding for public education, cutting taxes, and fighting crime and drugs. When combining respondents top 3 issues, 55% listed affordable healthcare, 50% jobs/economy, 46% education funding and 43% cutting taxes.

When asked about rising healthcare costs, Hoosiers are pretty clear in who they blame. When asked about a recent RAND study that showed Indiana having some of the highest hospital costs in the nation, 35% placed responsibility on doctors and hospitals overcharging or excessive fees for medical procedures and 22% on increases in insurance company premiums or lack of good coverage/accessibility within the system. Just 2% reported nothing, the system is fine. Of those that had listed making healthcare more affordable as their top priority for the legislature, 35% blamed hospitals overcharges and 22% cited insurance company premiums/lack of good coverage. One region that stands out across Indiana is the southwest, where nearly a majority, 45% of voters, placed the blame on hospitals overcharging. This is 7% higher than the next closest region, the northeast, at 38%.

Over half of Hoosiers reported an increase in health care insurance or out-of-pocket costs in the last year. A majority, 54% of Indiana voters say that they or someone in their household experienced an increase in health care insurance costs or out-of-pocket costs. The increase in costs was generally similar across the board, however, it was slightly higher among women, who reported at 57% compared with men at 52%.

Methodology
This poll was conducted between December 5th and 15th, 2019 using online surveys. In all, 1,000 interviews were achieved and weighted by age, gender, race, and geography to reflect a representation of registered voters in Indiana.  The margin of error for this survey is +/- 3.1% at a confidence interval of 95%.

Please note that some charts do not total 100% due to rounding.