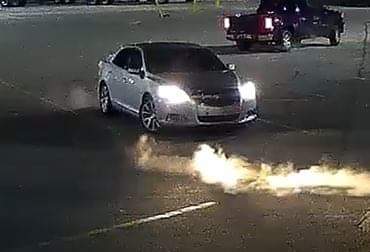 (PAOLI) – A Jeffersonville teen has been arrested and charged with attempted murder in connection to the shootout in the parking lot of the Paoli Walmart on December 17.

Police also arrested 23-year-old Javon Patterson, of Bloomington, two days after the shootout on charges of criminal recklessness, dealing marijuana and carrying a handgun without a license.

On December 17th, Paoli Police officers were called to the Walmart on North Gospel Street at 7:15 p.m. after a report of several shots fired from two vehicles speeding through the parking lot.

Witnesses told police there were two cars involved and the people inside were shooting at each other. The vehicles then sped off.

No one was injured in the incident.