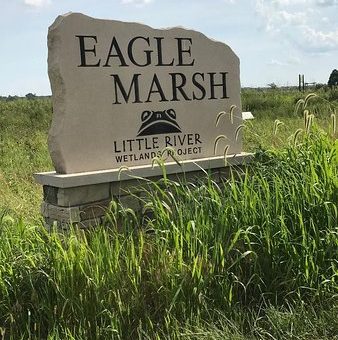 (FORT WAYNE) – A swampy nature preserve in northeastern Indiana is growing by 40 acres (16.18 hectares) thanks to a financial gift from an anonymous donor.

The Little River Wetlands Project announced recently that it had purchased the mostly undeveloped property from Republic Services, a recycling, and garbage company, to expand Eagle Marsh.

The acquisition boosts the footprint of the wetlands-filled nature preserve that’s southwest of Fort Wayne to 831 acres (336.2 hectares). The property is adjacent to the offices of the Little River Wetlands Project, a nonprofit land trust that co-owns Eagle Marsh.

“What’s unique about this new property is that portions of it have not been logged or disturbed since the first aerial photographs in 1938,” said Amy Silva, the group’s executive director.

The purchase price for the land was not disclosed, but Silva said it was funded by a local couple who prefer to remain anonymous and grants from The Nature Conservancy and the Ropchan Foundation.

She said a 3-acre gated parking lot on the Republic Services property will be used as a trailhead to access the preserve’s new addition and an adjacent 35-acre forested wetland parcel the group acquired in June.

The area will not be open to the public initially, but plans are in the works to establish trails and infrastructure to allow access within a few year

Eagle Marsh is considered one of the biggest urban wetland restorations nationwide.