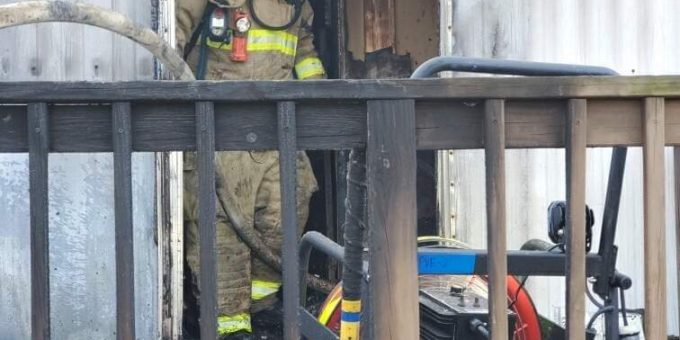 Firefighters were alerted to the blaze at 10:16 a.m. When they arrived the mobile home was engulfed in flames.

The occupants safely evacuated the home before firefighters arrived.

The occupants are being cared for by their neighbors, family, and the American Red Cross.