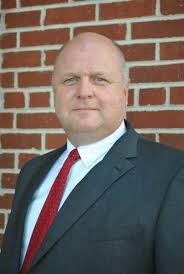 Since entering that role a year ago, he has increased efficiency by converting the office from paper to a digital, cloud-based system.  Under his leadership, Lawrence County has seen a 500 percent increase in the number of cases against drug traffickers.  At the same time, he has strived to help low-level, non-violent offenders better themselves through programs that teach job skills and reinstate driver’s licenses.

As Superior Court Judge, Cline pledges to be “effective, efficient, and fair.” His actions will be guided by his steadfast belief in the Constitution of the United States.

“I took my first oath to support and defend the Constitution when I was just 17, and that oath is just as strong today,” Cline added.

A 2000 graduate of Indiana University School of Law, Cline worked as an auditor for PriceWaterhouseCoopers before joining the Morgan County Prosecutor’s Office in 2002.  As Chief Deputy Prosecutor, he prosecuted more than fifty criminal jury trials and was recognized with the 2015 Stephen Johnson Award for superior service and contribution to public safety.  Cline became Chief Deputy Prosecutor of Lawrence County, where he resides, in January 2019.

Cline trains fellow attorneys in jury trial practice and narcotics trial advocacy as an instructor with the Indiana Continuing Legal Education Forum and the Indiana Prosecuting Attorney’s Council. He has also taught forensic science classes as an adjunct professor at Indiana University, Bloomington.

Cline began his military career in 1986 as an active duty enlisted infantryman in the Army.  He later transitioned to the Indiana Army National Guard and earned his commission as a Judge Advocate General (JAG) Officer.  He wrote wills for deploying soldiers, advised military commanders on legal issues, and served as counsel in court martial trials.

Cline deployed to Afghanistan in 2009 with Indiana’s first Agribusiness Development Team.  As mission commander, he led more than fifty combat missions and was awarded the Bronze Star Medal and Combat Action Badge for his actions in the war zone.

Cline returned home to serve as a senior defense counsel for the headquarters of the Indiana National Guard until his retirement from the military in December 2019.

Cline lives with his wife Audrey and their children on the family farm near Heltonville where he raises goats, cattle, and horses.  He serves on the board of directors of Lawrence County Farm Bureau and of Becky’s Place, a women and children’s shelter in Bedford. Cline is a member of the Mundell Christian Church.  He enjoys supporting his children’s sports and 4-H activities and working on farm projects.