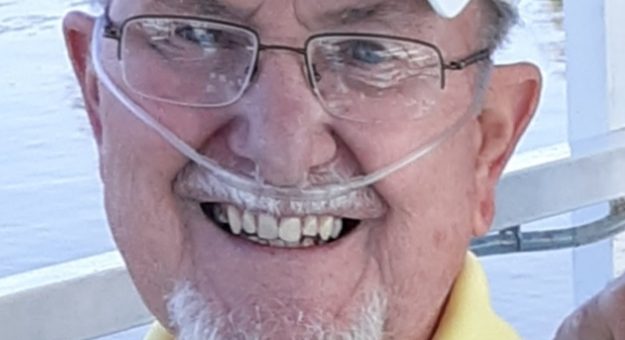 Born November 13, 1944, in Bedford, he was the son of Andes Lee and
Mary Lois (Freeman) Inman. He was a graduate of Williams High School and attended college in Louisville, KY. He worked in finance and later became vice president of Citizens National Bank. He retired as the office
manager at Elliott Stone Company.

He coached youth softball for many years. He enjoyed hunting, fishing, and nature and attended Hillcrest Christian Church. He married Linda Dianne Jones and she survives. Dave was a wonderful, kind, caring, compassionate gentleman who loved his God. A man who seemed to accept life’s suffering and disappointments with dignity, class, and grace and always looked for the best in others.

Dave was always waiting and watching with anticipation for his Lord to come. He will be greatly missed by those who loved him, and we can hardly wait to see his warm blue eyes and loving smile again.

He was preceded in death by his parents, a brother, Dale Inman; brother-in-law, Tom Wisley.

Funeral services will be conducted at 10 a.m. on Monday, January 6th in
the Elmwood Chapel of the Day & Carter Mortuary with Pastor Mark Fugate officiating. Burial will follow in Green Hill Cemetery. Visitation will
be from 3 p.m. until 6 p.m. on Sunday, January 5th at the Day & Carter
Mortuary.

The family asks that friends consider memorial contributions be made to the Hillcrest Christian Church.