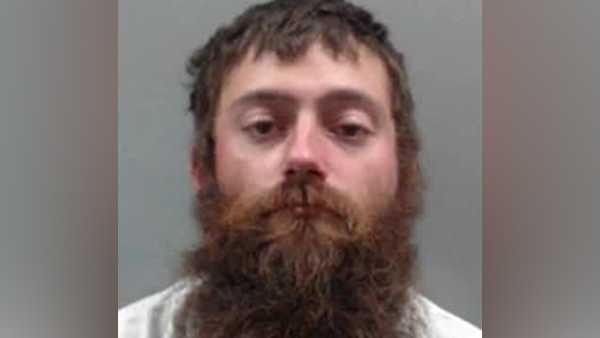 (NORTH VERNON) – A North Vernon man was arrested after police say he allegedly killed about a dozen dogs.

Police found two mature dogs and nine puppies dead, including two that were just a week or two old, dead in the northeastern part of Jennings County. The sheriff says evidence linked Kruetzjans to the crime.

Kruetzjans was taken to the Jennings County Jail on a $10,000 bond on 10 felony counts and one misdemeanor count of torturing or mutilating a vertebrate animal.