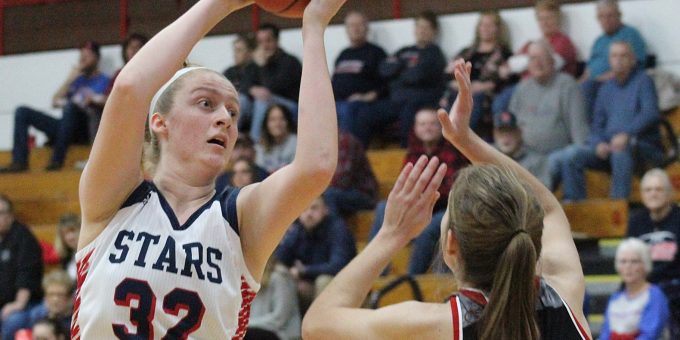 BEDFORD – Rust is a vicious enemy, often compared to cancer in the human body, as it devours metal and weakens the strongest of machines. The longer something sits, exposed to the elements, the more vulnerable it becomes.

Basketball teams are no different. Lack of competition leads to dust on polished parts, corrosion of lubricated pieces, decay of delicate assemblies. That can eat away at progress.

For the first time since the 2003-04 season, Bedford North Lawrence has reason to be concerned about rust. The Stars haven’t played since Dec. 21 as they prepare for the 2020 restart on Saturday at East Central.

BNL coach Jeff Allen has not allowed the Stars to become tarnished during the vacation. BNL (9-4) needed the rest, and the practice level has not deteriorated during the down time.

“I feel like the time off has been really good for us,” Allen said. “Our play has carried over. The kids started to realize you play like you practice, and we’ve had a high level of energy. Some coaches fear the layoff but it’s been something we needed.”

The Stars have won six straight against Hoosier competition and did so in dominating fashion, roaring through everyone (not named Mount Notre Dame) since Thanksgiving by an average of 23.8 points per game. If they can recapture that magic, they could be ready for the stretch run into the state tournament.

That would begin with a road win over a dangerous, talented opponent. East Central (12-4) has its own impressive streak with seven consecutive victories.

“It’s a tough road game,” Allen said. “We’ll have to play well. As always, when you go on the road, it’s about taking care of the ball and rebounding. If we play well, we’ll be OK. If we don’t, it’s going to be tough.”

”We’re definitely playing with a lot of effort and a high level of confidence,” Allen said. “We’re playing at a high level.”

That was not the case last season, when BNL escaped with a 43-41 victory over East Central on Jorie Allen’s two free throws with 4 seconds left. Allen scored 21 points. Logan Cox had 15 points and McCory added 13 for the Trojans.

Last meeting: Last year at BNL, Jorie Allen hit two free throws with 4 seconds left to lift the Stars to a 43-41 win. Allen had 21 points for BNL, while Logan Cox had 15 and Brilan McCory added 13 for the Trojans.