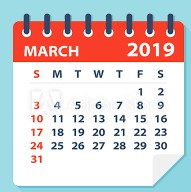 (UNDATED) – In March 2019, a former Mitchell school nurse was sentenced for stealing medications from students, a Freedom man was arrested after a police pursuit claimed the life of Charlestown Police Officer Benton Bertram and a Florida man was arrested on domestic battery charges and arson after setting an apartment on fire at Persimmon Park Apartments and a Seymour man was murdered in front of his children in the Seymour JayC Store parking lot.

A Mitchell school nurse was arrested after she admitted to stealing children’s medication to feed her drug habit and replaced it with baby aspirin.

Lawrence County prosecutors filed criminal charges against Mitchell Community School Nurse Carol Sanders including official felony misconduct, felony neglect of a dependent, and five counts of misdemeanor theft. Sanders pleaded guilty in October 2019 to 5 counts of theft and neglect of dependent as part of a negotiated plea agreement. Sanders has not been sentenced for the crimes.

On Friday, March 8, Mitchell Police Department Resource Officer Rob German began an investigation in reference to a complaint of medication belonging to students that had gone missing.

On March 12, Officer German completed his investigation and forwarded his report to the Lawrence County Prosecutor.

Police began their investigation after Sanders asked two secretaries at Burris Elementary to do a pill count after a report of missing medication.

Sanders admitted to replacing one of the Hatfield Elementary student’s medication with 81 mg. baby aspirin.

Sanders provided a written statement to police admitting in that confession of stealing 12 pills.

She immediately tendered her resignation with the Mitchell Community School system.

Sanders told police she stole the medication because she is an addict.

A Freedom man who authorities said started a police chase that led to the death of 33-year-old Charlestown Police Officer Benton Bertram was sentenced to 30 years in prison in March 2019.

Benjamin Eads, 35, pleaded guilty in February 2019 to charges including auto theft and resisting law enforcement which led to a death.

On Wednesday, December 12, 2018, at approximately 10:20 p.m., Clark County Central Dispatch notified the Indiana State Police in Sellersburg of a pursuit involving a vehicle and the Charlestown City Police Department in Clark County.

This pursuit continued into Scott County and resulted in a crash, claiming the life of Officer Benton Bertram. Officer Bertram also served as the department’s K-9 officer. He was a nine-year veteran of the Charlestown Police Department.

According to police, the pursuit began near Charlestown when Officer Bertram attempted to stop a teal-colored 1998 Toyota Corolla for a traffic violation. The driver, Eads, fled driving north on State Road 3 and continued into Scott County.

At that time, Officer Bertram’s vehicle crossed over State Road 56 and left the roadway, striking a tree in the front yard of a nearby residence.

The vehicle and Eads were later located and apprehended in Clark County.

Police arrested 37-year-old Christopher Brian Conrad of Bradenton, Florida, after a domestic fight and he set fire to an apartment at Persimmon Park Apartments.

Conrad was arrested on charges of arson, domestic battery, strangulation, criminal mischief with damage at least $50,000, resisting arrest, intimidation, cruelty to an animal. In July 2019 Conrad pleaded guilty to a felony count of arson in a negotiated plea deal. On August 1, 2019, Conrad was sentenced to six years in the Indiana Department of Corrections. He was given credit for 130 days served.

Several police agencies, as well as the Mitchell and Marion Township Volunteer Fire Departments and an AMR ambulance, responded to a report of a fire at Persimmon Park Apartment, and a man barricaded with a gun inside of an apartment just after 8 p.m. The caller told dispatchers Conrad was breaking out windows with a ball bat and had a knife and was in apartment 9 in building 2. The caller reported the building was on fire at 8:27 p.m.

Officers and firefighters evacuated the building.

At 8:28 p.m. there was a report of Conrad leaving the apartment and making his way to the wood line. A Mitchell Police officer reported and located Conrad about 10 feet from the apartment and he was armed. Conrad was in the woodline making demands.

At 8:42 p.m. Conrad was on the move, moving northeast from the building.

At 8:51 p.m. a taser was deployed and Conrad was in custody.

Several families were displaced after the fire.

Seymour Police say 33-year-old Dustin Payne, of Scipio, died from a single gunshot wound after a dispute in the parking lot of the JayC Store in Seymour.

According to police, officers were called to the grocery store parking lot on West Tipton Street at 5:57 p.m. Sunday, March 10th.

Police say Payne was picking up his children, ages 7 to 12, from his ex-wife Kayla Lamb for a visitation. The children witnessed the murder of their father.

According to witnesses, Payne, Fowler and his four children were leaving the parking lot when Payne asked his children who was in the vehicle their mother was approaching.

Payne discovered Lamb was approaching a vehicle who had her sister Patricia and Baker inside.

Police say Payne got out of his Chevrolet Suburban vehicle and approached Baker’s car and tapped on the window. Baker opened the window and Payne allegedly shoved Baker in the shoulder.

Surveillance video shows Payne then walking back to his vehicle and that he was followed by his sister and ex-wife. Fowler and Patricia Baker then got into a verbal and then physical fight.

There is no video of the fight, but there is audio of the confrontation. Police say the women can be heard arguing and then 12 seconds later the shot is fired that killed Payne.

Payne was hit with one shot in the upper-right part of his body fired from a .357 Magnum handgun. There is no video of the shooting because of the camera coverage of the lot.

Payne, who worked at Dave O’Mara Contractors, was conscious and talking at the scene. He was transported to Schneck Medical Center in Seymour and was in stable condition before being flown to the trauma center at the University of Louisville Hospital, where he died at 9:40 p.m. on Sunday, March 10.

“I didn’t mean to hurt that boy,” Baker told detectives.

Fowler says Baker brought a gun that day knowing what he was going to use it. Fowler told police Payne and Baker did not have a good relationship.

Baker told police Payne pushed him as the women began to argue, so he put his hand on his gun, which was at his waist, to discourage the situation from escalating. He told police he pulled the gun from his waist and that is when Payne shoved him again and then a third time. That is when Baker fired a shot.

But witnesses to the incident did not see the shoving but did say the men were face to face. Some witnesses say Baker was the one who grabbed Payne’s should and turned him around.

Police say Payne was not armed with any weapons.

Baker says the children began screaming after the shooting. He returned to the car and put the gun inside and then went to help apply pressure to Payne’s wound.

When police arrived they found Patricia standing over her brother and yelling “it was self-defense.”

Both Baker and Patricia say they were not invited to be at the visitation exchange but went to support Lamb.

Baker told police he and Payne were in a confrontation a week before during a visitation exchange in the parking lot of the Save A Lot grocery store lot. It was only a verbal confrontation. He also confirmed there had been tension for years between Patricia, himself and Payne.

A jury trial is scheduled for February 11, 2020, at 8:30 a.m. in Jackson Circuit Court with Judge Richard W. Poynter presiding over the case.