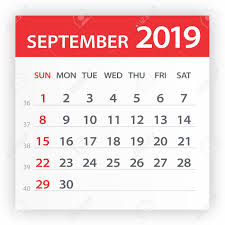 The longest General Motors strike in history ended on October 25, 2019, when the United Auto Workers union voted in favor of a four-year labor deal to end the walkout.

On September 30, 2019, U.S. District Court Judge James R. Sweeney of the Southern District of Indiana said the legal counsel for John Myers III was ineffective, and he ordered Myers’ release from prison.

Attorney General Curtis Hill filed an appeal and requested a new trial within 30 days of the ruling.

Myers was convicted of killing 19-year-old Indiana University student Jill Behrman in 2006 and sentenced to serve the maximum sentence of 65 years in prison.

Williams Volunteer Fire Department, established in 1961 and one of the first fire departments established in Lawrence County, merged with Indian Creek Township.

On September 5, 2019, the Spice Valley Township Trustee notified the Lawrence County 911 Board that the Williams Volunteer Fire Department had merged with Indian Creek Township Fire Department.

In Bedford, the Stars hosted the Madison Cubs and lost 21-20 in an emotional game.