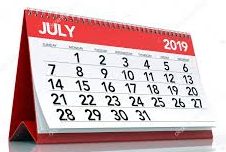 (UNDATED) – During July 2019 a Huron man was sentenced to prison in the death of a toddler, a Washington man is behind bars accused of the death of a Loogootee baby and a Bloomington man allegedly smoothers infant after the baby spit up milk on him and a Salem Police officer is cleared in an officer-involved shooting.

Huron Man Sentenced to 31 Years in Death of Toddler

As part of a plea agreement, 30-year-old Jessie Phillips, of Huron, was sentenced to 31 years in prison in the September 2018 death of an 18-month-old boy.

Superior Court II Judge William Sleva sentenced Phillips after pleading guilty to neglect of a dependent resulting in death, a Level 1 felony, and possession of meth while in possession of a firearm. He was sentenced to 30 years on the death charge and 1 year on the drug charge.

On September 15, 2018 at 8:57 a.m. Lawrence County Sheriff’s Department received a 911 call regarding an unresponsive 18-month-old child at a home in the 1900 block of Old Vincennes Road.

When police arrived they found Phillips and Mihlfeld, sitting on the front porch of the residence. Police and first responders found the child lying on a toddler mattress in a back bedroom.

A post-mortem examination was conducted the following day. The child died from an acute subdural hemorrhage of the brain caused by abusive head trauma. The manner of death was determined to be a homicide.

The next day, Phillips reportedly woke up, showered, went to buy food in Huron and returned home when Mihlfeld came outside to tell him the child was dead.

On August 2, 2019, the State of Indiana filed a motion of intent to seek life without parole. His jury trial is scheduled for January.  A plea of not guilty was entered in King’s behave. He is being held without bond in the Monroe County Jail.

In July a child died and a Washington man was arrested.

The baby was initially transported to the Daviess County Hospital and then taken to Riley Children’s Hospital in Indianapolis via helicopter. On Friday, July 26th, Kyson was removed from life support and died.

Washington County Prosecutor Dustin Houchin released his report of findings into the investigation of the police-involved shooting which occurred on July 3, 2019, in Salem.

The Indiana State Police completed a thorough and independent investigation and Houchin found Chief Wheeler “acted in accordance [with his] training and in compliance with Salem Police Department standard operating procedures using deadly force in carrying out his duties as a sworn law enforcement officer”.