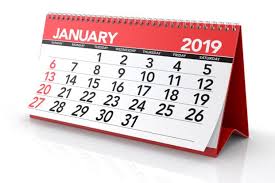 (UNDATED) – January 2019 welcomed a new Mitchell Police chief, found a Springs Valley teacher behind bars, a West Baden toddler died after ingesting methadone, the Times-Mail was sold, and a Patoka woman was sentenced after driving drunk and causing an accident that left two people dead.

He replaced former Chief Mike Johnson, who was terminated.

Indiana State Police arrested 42-year-old Kari Buchanan, a Springs Valley High School teacher, in January on charges of possession of child pornography after she had an inappropriate sexual relationship with a former student and then later on a charge of child seduction after having inappropriate communications through social media with another current student.

Buchanan was sentenced in June 2019 after she pleaded guilty to a charge of dissemination of matter harmful to minors. Charges of possession of child pornography and child seduction were dismissed in a negotiated plea deal.

She was sentenced to 730 days in jail with 365 days suspended and she was given credit for 32 days served.

Methadone is a synthetic opioid prescribed for moderate to severe pain. It is also commonly used to treat opiate addictions.

His parents Brittany and Tyler Harris were arrested in connection to Colton’s death on December 3rd at IU Health Paoli Hospital.

Police and emergency crews responded to the Harris home in West Baden on December 3, after a 911 call reporting Colton was unresponsive. He was taken to IU Health Paoli Hospital, where he was later pronounced dead.

Both parents were charged with neglect of a dependent resulting in death. Both were being held on a $500,000 cash bond in the Orange County Jail.

On September 23, 2019, both Tyler and Brittany pleaded guilty in negotiated plea deals but on October 21, 2019, those plea deals were rejected by Orange Circuit Court Judge Steve Owen. Tyler will face a jury of his peers on February 4, 2020. Brittany’s trial is scheduled for March 3, 2020.

A Gibson County Superior Court judge sentenced a Patoka woman to 21-years in prison in January after driving drunk and causing the deaths of two men in a Gibson County crash on September 1, 2018.

In addition to the 21-years in prison, Sanders was ordered to serve three years on electronic home monitoring following her release from prison.

According to court records, 25-year-old Sanders admitted to driving drunk when she crashed into a vehicle on US 41, north of Princeton. Sanders told police she didn’t see the vehicle in front of her slow down to make a left turn. Killed in the accident were 20-year-old James Gasaway of Haubstadt and 19-year-old Trevor Watt of Princeton.

Schurz Communications announced it was selling its publishing division, including 20 newspapers in five states, to GateHouse Media LLC.

Indiana-based Schurz, which owns the Herald-Times in Bloomington and the Times-Mail in Bedford, announced the deal in January. Terms were not disclosed. New York-based GateHouse assumed ownership during the first quarter of 2019.