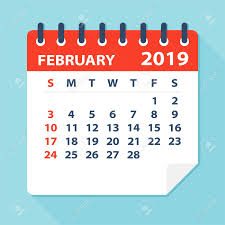 Mungle began his teaching career at NLCS teaching at Stalker and Heltonville elementary schools. He served as interim superintendent at North Miami Community Schools and was superintendent for Eastern Greene from 2008 – 2013. He is also a basketball official for the IHSAA.

Quentin Voigtschild was named the 45th Annual WBIW Lawrence County Spelling Bee Champion. Voigtschild also won in 2018. The win advanced him to the Kentucky Derby Festival Spelling Bee where he placed fourth earning him a trophy, $25 Amazon gift card and a $1,500 savings bond.

Sixty-one of the top spellers from Kentucky and southern Indiana competed in the bee at the Kentucky Center for the Arts in Louisville.

Quentin, 13, who is homeschooled is the son of Brent and Kathy Voigtschild of Bedford.

Long is accused of official misconduct by a public servant who knowingly commits an offense and theft where the value of the property is between $750 and $50,000, both Level 6 felonies.

Long is accused of stealing money by adding enough extra sick days to get paid for them.

Under the city’s employee policy, a police officer can accrue up to 110 days (880 hours) of sick leave. The hours are accrued at a rate of nine days (72 hours) per year, according to a probable cause affidavit.

Any additional hours can be paid back to the officer. For example, one to three days would be paid at $75 per day.

Long is accused of adding more than 70 hours to his “sick bank” in 2016 to exceed the maximum number of hours an officer can accrue before the person is paid for additional sick days, according to the affidavit. Long was ultimately paid about $1,530 — an amount authorities say he wasn’t entitled to.

He was arrested and then released on his own recognizance.

Morgan County Superior Court I sealed all court records but unsealed them on February 28, 2019.

Chief Long was placed on paid administrative leave by the city on January 18, 2019. By the end of January, the Indiana State Police had begun their investigation into possible misuse of time and overtime compensation and official misconduct.

A pretrial conference is scheduled for January 30, 2020, at 3:30 p.m. in Monroe County. The case was moved to Monroe County after a special judge was named to preside over the case.

Braydon Crowder, a Paoli seventh-grader was the winner of the 2019 Orange County Publishing Great Spelling Bee advancing him to the Scripps National Spelling Bee in Washington D.C.

Crowder finished 126th in the Scripps National Spelling Bee out of the 565 competing.

Naval Surface Warfare Center, Crane Division (NSWC Crane) is a Department of Defense science, research, and technology laboratory located in southern Indiana. It has two federal student intern programs: Pathways and STEM Student Employment Program (SSEP). NSWC Crane uses SSEP to recruit for hard-to-fill STEM positions and Pathways is used to hire students in career fields such as business, finance, and logistics. In any given year, NSWC Crane hires between 75 to 100 students.

NSWC Crane partners with high schools and colleges to get students involved early on in relevant technology areas. Once a student becomes an intern, they are assigned a mentor. This mentor and the branch manager partner to develop a comprehensive training plan that provides optimal exposure to many project areas and subject matter experts.

Indiana INTERNnet is the statewide resource for internship opportunities managed by the Indiana Chamber of Commerce and has helped connect students and employers across the state since 2001.