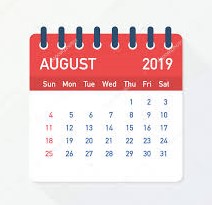 (UNDATED) – In August of 2019, Lawrence County Sheriff Department deputies were involved in a fatal police-action shooting in Springville, a Linton couple was arrested on arson charges after burning down their log home and the Bedford Rotary Club celebrated more than 100 years of service.

On August 17, 2019, Lawrence County Sheriff Department deputies were called to the 270 block of Greer Lane at 8:29 p.m. after dispatch received a 911 call reporting 62-year-old Mike Parsley was in the roadway yelling profanities and threatening others. The caller told police Parsley was armed and had fired several shots.

When police arrived they found Parsley near a camper which Parsley was living in on the property. Officers saw Parsley reach for a long gun. Officers took cover behind trees and repeatedly ordered Parsley to drop the weapon. Parsley continued walking toward the officers, raised the weapon, pointing it at them.

Officers continued to order Parsley to drop the weapon and he ignored those orders. One of the deputies had a clear view of Parsley and fired his service weapon to stop Parsley from approaching. The name of that deputy was never released.

The Lawrence County coroner and prosecutor were called to the scene and Indiana State Police conducted an independent investigation. Officers did have their body and dashboard cameras on and captured the incident.

A Linton couple was arrested on Tuesday, August 27, 2019, in connection to an August 4th fire that destroyed their log home.

Crystal Ferree’s jury trial is scheduled for February 11, 2020, a 9 a.m. in Greene Circuit Court. She remains in jail.

The arrest was made by personnel from the State Fire Marshal’s Office and officers of the Linton Police Department.

Indiana Department of Homeland Security and the State Fire Marshal’s Office Investigator Jeffrey Ramey II were on the scene early the next morning.

The couple did have insurance on the home, but they did not have insurance long. It was purchased just weeks earlier at Farm Bureau on July 15, 2017.

When asked where she was the night of the fire, Crystal Ferree allegedly said she left home around 11 a.m. that day and went to Bloomington with her son. She said the two went shopping then went to McCormick’s Creek State Park to go hiking and then spent the night at the park. They returned home early learning their house was on fire.

On August 8, 2019, a search warrant was granted for the Ferree Log Home business property to look for evidence including the surveillance system with storage device and all electronic media stored on the system as well as jewelry, photographs, cash, important documents, medication, guns, electronics, and pets.

After reviewing the information, items, and evidence, on August 8, 2019, the investigator changed the classification of the fire from “undetermined” to “incendiary.”

Investigators determined the surveillance system was shut off on August 4, 2019, at 2:23 p.m. and turned back on at 3:29 p.m. on August 5, 2019. Investigators found text messages including arguments between the couple over money and bills and over being unfaithful to each other. They also found a message that mentioned Crystal was “prepping.” The surveillance system allegedly recorded some of that “prepping.”

Ramey reported the system was recording on August 3, 2019, the day before the fire, around 2 p.m. when Crystal Ferree backed her SUV up to the office building and unloaded three plastic totes and a white trash bag out of her vehicle into the office building where they were found during the search.

GPS data from the couple’s cell phones were analyzed by Deputy Indiana State Fire Marshal Joe Tanasovich who is tasked with reviewing and analyzing cell phone data and provided more information on their whereabouts the night of the fire.

The Bedford Club was sponsored by the Bloomington Club with more than 65 members coming down from Bloomington to get the club started.

Many of the Rotarians were able to share memories of their times through the decades, as well as some of the projects they were apart of as Rotarians.