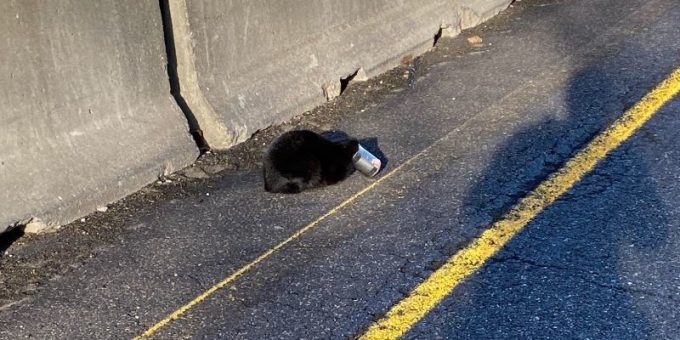 Sgt. Stephen Wheeles received a called to I-65 near Seymour after a report of a “can” wandering in and out of traffic. When he got there he found the black cat hunched at the side of the interstate with its head stuck inside a can.

Sgt. Wheeles was eventually able to get the can off the cat’s head but not before being wounded in the line of duty.

“Good thing I don’t believe there is a video of the two of us wrestling on the side of the interstate,” Wheeles posted on Twitter.

“The cat was freed. He fled from the scene to safety,” Wheeles posted.