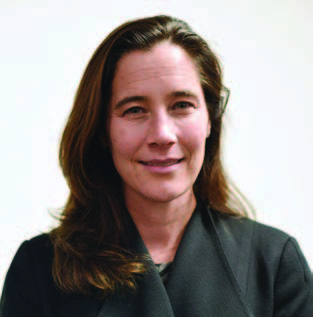 (BLOOMINGTON) – The Divided Community Project’s (DCP) Bridge Initiative@Moritz, a project-based at Ohio State University’s Moritz School of Law, has issued its report based upon interviews the project’s facilitators conducted with a broad variety of Bloomington residents last fall.

Mayor John Hamilton sought out the services of the Bridge Initiative in August 2019 when escalating tensions spurred the temporary suspension of the City-run Bloomington Community Farmers’ Market.

The report may be accessed at this link on the City of Bloomington website, where it is introduced in a brief video by the individuals who facilitated the engagement: Divided Community Project Director Becky Monroe and William A. Johnson, an experienced mediator who previously served three terms as the Mayor of Rochester, New York and for over two decades was the President and CEO of the Urban League of Rochester.

Over the course of three trips to Bloomington, Johnson met with City employees and community leaders, including non-traditional leaders who may not hold positions in local organizations but play critical roles in the life of the city.

While market issues prompted the connection with the Bridge Initiative, the project’s inquiry was broader and deeper than the market itself, examining long-standing issues of racism, anti-Semitism, white supremacism, and other forms of discrimination within the greater Bloomington community.

As such, the Bridge Initiative’s report does not propose short-term solutions for the Farmers’ Market, but shares observations about deep, systemic, and underlying problems and sets the stage for a long-term, community-based collaborative process for tackling them. The report recommends the establishment of an independent community task force, supported by the City, to lead the process of identifying and implementing action steps.  Local leaders will continue to collaborate with and receive training from the Divided Community Project in 2020 to develop long-term plans and implementation strategies.

“We sincerely appreciate the Bridge Initiative offering their services to our community,” said Mayor Hamilton. “Their contribution complements the good work that so many local individuals and groups have been doing for years toward social justice, including Bloomington United, the NAACP, the Community Justice and Mediation Center, our many faith-based and student groups, and myriad nonprofits. The Bridge Initiative’s report reflects that we are not exempt from our nation’s painful history nor from ongoing divisive forces, but also affirms Bloomington’s real and valuable reservoirs of caring and commitment to progress.”

Over the last decade, the Bridge Initiative has upon request and at no cost helped communities around the country respond effectively to civil unrest and tension by training local community members on effective strategies to keep protests safe, and offering technical assistance to executives and community members seeking to build sustainable infrastructure for inclusive engagement. While mediators may introduce and help facilitate processes, the Bridge Initiative emphasizes that the power driving the processes always comes from local leaders in the community, in order to help realize the full potential of their communities.

“We recognize that strong communities and resilient communities are ones that directly confront very hard truths,” said project director Monroe. “And so we highlight those truths in this document, not to suggest that these are issues that people can’t do something about, but to recognize that the wisdom to address these issues reside in the community; and we saw that.”