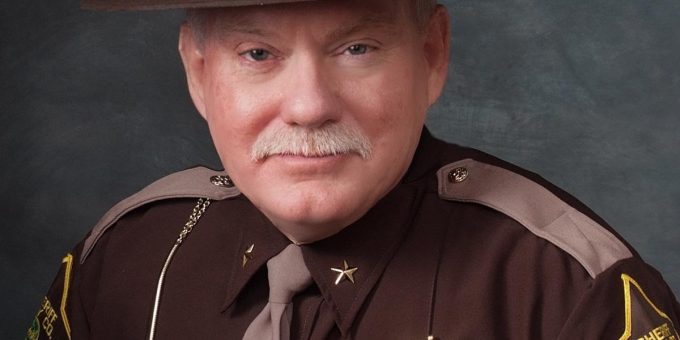 Harden, who serves as home county sheriff for the 62-acre training and recreational retreat under development for Indiana teens, has enjoyed a longtime career in public safety both with the Indiana Department of Natural Resources and Clay County Sheriff’s Office.

In addition to his reputation for running a first-class jail and department, Harden is often credited for his guidance in moving along the ISYR’s planning and build-out, Putnam County Sheriff and ISYR Vice President Scott Stockton said.

“Anyone who knows Paul Harden knows he has a kind, servant’s heart. He has attended every meeting and event, offered words of encouragement at every turn, identified and raised vital resources to keep things on track,” ISYR Secretary and Grant County Sheriff Reggie Nevels said. “Paul has personally donated money, formed teams for our annual Sheriffs’ Shotgun Shoot for firearms safety programs, helped sell tickets to our annual truck raffles, partnered with his local American Legion and VFW posts, supported our All-American Ribfest and mailed donor appeals to community leaders.”

Bartholomew County Sheriff Matt Myers, who also serves as the Youth Ranch treasurer, said Harden would have been a leader among sheriffs on the project even if the Youth Ranch had been located elsewhere in Indiana. “It’s just how Paul Harden was raised. It’s how he’s wired. He’s a great guy who looks out and helps out. That’s what makes him an outstanding sheriff and public servant.”