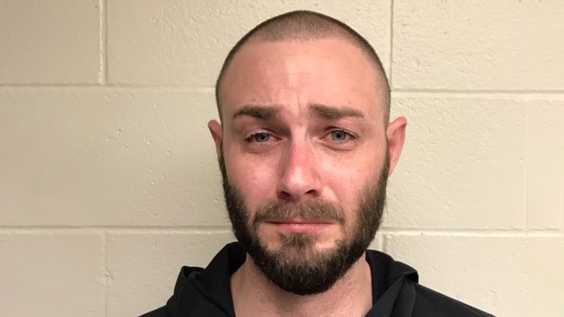 Shortly after noon on Sunday, Indiana State Police Detective Travis Baker and Detective Sergeant Dave Mitchell were contacted in reference to a possible battery that occurred during the early Sunday morning hours at a Lexington, Indiana residence.

After interviewing the female victim, ISP Detectives Baker and Sgt. Mitchell met with, and interviewed the accused 33-year-old Shane R. Gibson, of Lexington, at the Scottsburg City Police Department where Gibson is currently employed as a patrol officer. Gibson was off duty and not in his uniform at the time of the alleged incident and the interview.

As a result of the investigation, Gibson was arrested on charges of criminal confinement, and domestic battery, both a level 6 Felony.

Gibson was then transported and remanded into the custody of the Washington County Jail without incident.