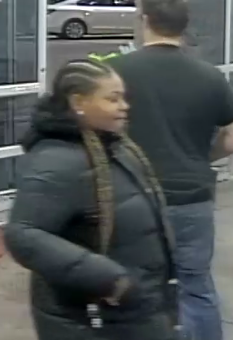 (BEDFORD) – Bedford Police detectives are looking for a couple who used fake $20 bills to purchase $1,300 in toys and electronics and stole another $200 or more in items at Walmart on December 20th.

Police did not learn about the crime until December 23rd.

According to Bedford Police Chief Terry Moore, the incident happened around 8 p.m.

Police do not believe the couple lives in Lawrence County.

If you know their identify or have any information about the case you can submit an anonymous tip on the Department’s website.