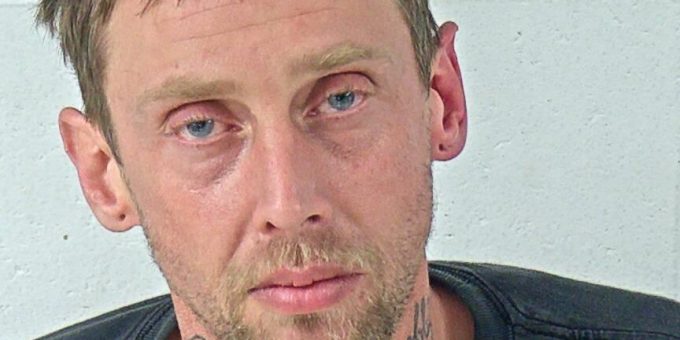 (BEDFORD) – A Bedford man was arrested on domestic battery charges.

Police arrested 38-year-old Robert Porter, of 3285 Rawlins Mill Rd., on charges of battery with bodily injury to a pregnant woman, battery with a deadly weapon, and domestic battery.

On November 30, 2019, Lawrence County Sheriff’s Department deputies spoke to a female victim at the department about a domestic incident. The female had called 911 earlier that morning requesting medical assistance for a breathing problem but then wanted to report a domestic fight involving a knife.

The woman told police that the father of her one-year-old and her unborn child (Robert Porter) arrived at her residence that morning to watch their son while she went to work. The woman told police that when she opened the door Porter was waiting in his vehicle in the driveway. She said Porter then exited his vehicle screaming and acting crazy as he approached her and the apartment.

She said that Porter wanted to take their son, but she refused to let him because of how he was acting.

Porter put their son, who was in his car seat, down on the couch next to the door. Porter then shoved the woman in her chest while he held a knife in his right hand. The woman then stumbled a short distance back into the door. The woman then says that Porter was still close to her, so she headbutted him in defense. This caused his nose to bleed and he dropped the knife.

The knife then landed on the floor with the blade partially open, and Porter fled the scene through the front window of the apartment.

She then called both her brother and 911 at 5:39 a.m. for medical assistance. She says that she did not report the domestic fight to emergency crews because she was afraid at the time.

The woman says she was not injured from the incident and that Porter did not make any explicit threats with the knife or brandish it toward her, but she was able to see Porter holding it in his right hand when he pushed her during the altercation.