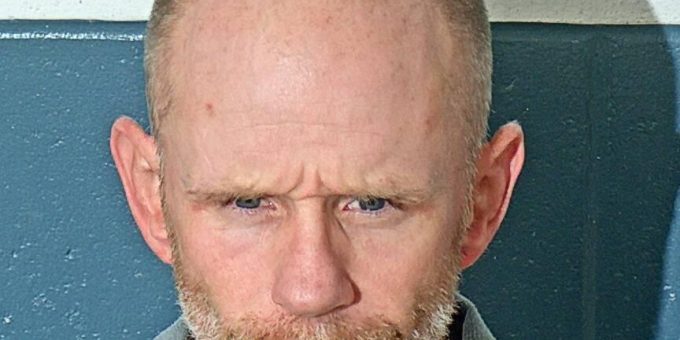 (BEDFORD) – One of two men has been sentenced after being arrested by Bedford Police on drug charges on December 9th.

Jason Kincaid pleaded guilty in a negotiated plea deal to unlawful possession of a syringe, a Level 6 felony and being a habitual offender.

He was sentenced by Lawrence County Superior Court II Judge William Sleva to four years in prison. No time was suspended and he was given credit for 12 days served.

The caller told police they had been in the vehicle for hours.

Officers identified the driver as 38-year-old Matthew Cook, of Bloomington. The passenger was Kincaid, who told police that he was homeless.

“Cook stepped out of the vehicle to speak with an officer and kept reaching into his pockets after being asked to stop several times,” Chief Moore added.

Cook then gave officers consent to search his pockets. Officers found two pills in his pocket.

Kincaid then exited the vehicle and gave officers consent to search his pockets.

Kincaid was arrested on charges of possession of a controlled substance, identity deception, possession of marijuana, possession of meth, unlawful possession of a syringe, visiting a common nuisance, and he was wanted on a warrant for petition to revoke. Most of these charges were dropped in the negotiated plea deal in exchange for the guilty plea. The habitual offender charge was added after his arrest.

Cook is scheduled to appear in court for a pretrial conference on February 6, 2020, at 9 a.m. in Lawrence County Superior Court II.