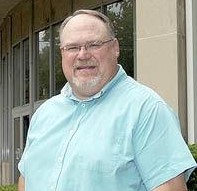 “As interim superintendent, Greg has been spearheading Logansport State Hospital’s effort to become a high-reliability organization,” said Jay Chaudhary, J.D., director of FSSA’s Division of Mental Health and Addiction. “He has significant experiences leading change initiatives during his time as an educator, and his experience will help LSH continue to lead the state psychiatric hospitals’ forensic treatment efforts.”

Grostefon retired from a distinguished 30-year career in public education, serving as an English teacher, media specialist and building administrator at Logansport High School, Columbia Middle School and Columbia Sixth Grade Academy, all in Cass County, Indiana. He is originally from Winamac, Ind., coming to Logansport in 1979. Interestingly, his first full-time job was as a special attendant on the original Isaac Ray Unit at LSH prior to graduating from Ball State University with a Bachelor of Science in English. He also holds a Master’s in education from Indiana Wesleyan University.