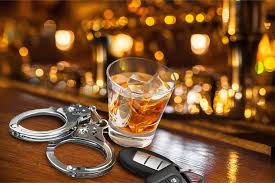 (UNDATED) – While Christmas and New Year’s Eve are fun times to celebrate with family and friends, it’s also one of the deadliest times of the year for alcohol- and drug-impaired driving fatalities.

According to the National Highway Traffic Safety Administration, last December, 839 people lost their lives in traffic crashes involving a drunk driver in the U.S. In fact, out of all of the holiday seasons, Christmas and New Year’s experienced the highest number of drunk-driving-related fatalities (285) in 2018.

To keep people safe on the road and put an end to drunk driving, the Indiana Criminal Justice Institute wants to encourage every Hoosier motorist to drive safe and sober this holiday season.

“Remember, it’s never okay to drink and get behind the wheel,” said Devon McDonald, ICJI Executive Director. “Even if you’ve only had one drink at the party, designate a sober driver. All it takes is one wrong decision to ruin your holiday plans, or worse, someone else’s.”

Last year in the U.S., one person died every 50 minutes in a drunk-driving crash, according to NHTSA. These deaths account for approximately one-third of all traffic deaths each year, with 10,511 occurring in 2018 alone.

In Indiana, of the 873 fatal crashes in 2018, 83 people were killed in alcohol-related collisions.

“The sad reality is that all of these fatalities were preventable,” said Robert Duckworth, ICJI Traffic Safety Division Director. “As everyone starts gearing up for the holidays, plan accordingly. Drunk driving is not only illegal, it’s a matter of life and death.”

In every state, it is illegal to drive with a blood alcohol concentration of .08 or higher. In Indiana, drivers under 21 with a BAC of .02 or higher are subject to fines and a license suspension for up to 1 year.

Drug-impaired driving is also illegal. Whether the drug is illicit or legally prescribed, driving while drug-impaired poses a threat to the driver, vehicle passengers, and other road users. Even over-the-counter medications can cause impairment, especially when combined with alcohol or another drug.

Law enforcement officers will be on the lookout for these, and other traffic offenses, during the holiday season.

Remember these tips for a safe night on the road.