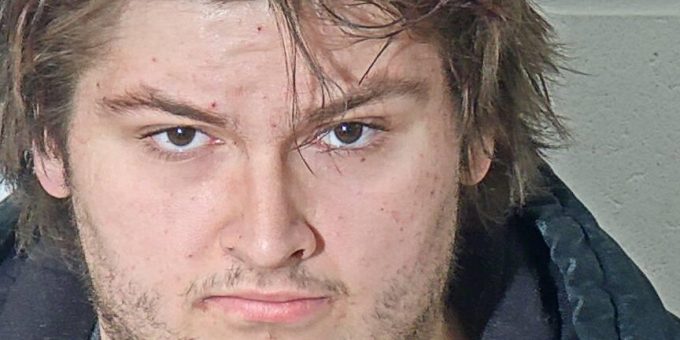 (SPRINGVILLE) – A Springville man was arrested after a domestic fight involving him and his parents the 800 block of Spencer Pike Road early this morning.

Lawrence County Sheriff’s Department deputies arrived on the scene at 1:59 a.m. to discover 21-year-old Devyn Arnold had fled from the scene in a vehicle.

“Upon seeing and talking to the male adult victim they observed obvious injuries to his face consisting of scratches, a cut, and bruises,” says Chief Deputy Aaron Shoults. “Officers then learned from the victim that Arnold had also attacked a female resident in the home. The male victim went to help the female when he was attacked.”

A short time later, Arnold returned to the home and was arrested without incident on charges of battery resulting in bodily injury and domestic battery and was transported to the Lawrence County Jail.