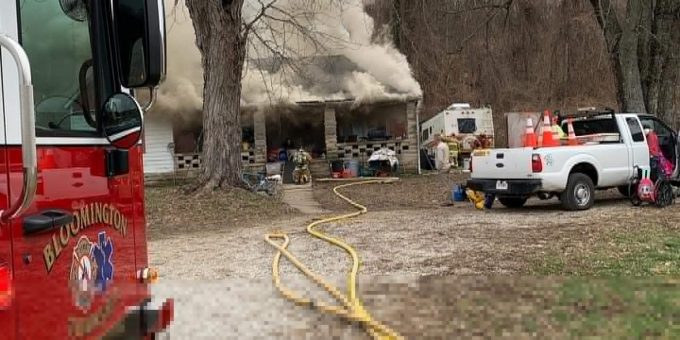 Firefighters arrived to find heavy black smoke coming from the roof of the residence. Crews were able to get inside the home and found the fire above the ceiling in the bathroom of the residence.

The firefighters were able to quickly get the fire put out, however, firefighters found more fire in the attic of the residence in the living room ceiling that but could not be easily accessed because of multiple roof lines on the home.

A hole was cut in the roof to access more areas of the fire above the roof that could not be accessed through the ceiling.

The cause of the fire has been ruled accidental. All residents were out of the home on arrival of the fire department.