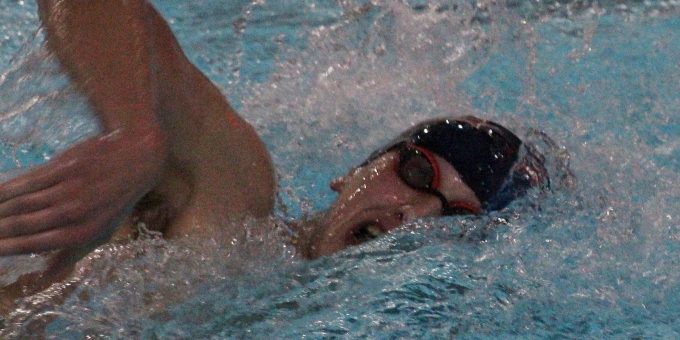 Jacob Werley, Andrew Swenson and Alex Swenson were double winners for the Stars. Werley blazed to the wall first in the 50-yard freestyle (21.86) and also claimed the 100 free (49.50).

“We had the guys swim some off races and they did well,” BNL coach Terry Tlustek said. “They won all but two races. I was really happy with Jacob’s 50 free. It’s been a long time since we have had someone go a :21. That was really fun to watch. He was just a fraction of a second off the school record. I think if he works on getting off the wall he will be good to go.

“The 200 free relay is about 1.25 seconds from the school record. So that was exciting as well. They are going pretty fast for this time of the season and that is awesome to see.”

“The girls did well with their relays,” Tlustek said. “That last one was a nail biter. Kaitlyn dropped time in her 100 breast and I was happy to see that. I was happy with Ursula’s 200 free. It was a little slow for her, but she did well gutting it out. Same thing with Shelby Slaughter in her 500. Shay did great in her 100 back.

“Overall I was pleased. Our bottom-half swimmers for the girls and the guys are really starting to get their feet under themselves and we are going to see some big gains from that.”

BNL will compete at Jennings County on Tuesday.