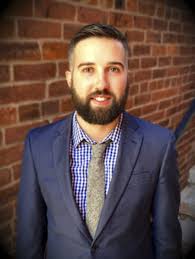 CEO Shance Sizemore, who sat on the Regional Housing Study Steering Committee, playing a key role in its success said the study will be an instrumental tool as officials continue workforce housing conversations in 2020.

The 170 plus page Housing Study is designed to be a strategic and frequently used road map to identify and meet current and future housing priorities.

The study examines the unique circumstances of each county plus communities within those counties with populations of 5,000 or more.

The Indiana Uplands Regional Housing Study included a comprehensive public engagement process to help understand the vision and needs of the region. The planning team worked closely with the technical committee which included representatives or advocates for each county. To broaden public input, a series of stakeholder groups and public meetings were held in each of the counties, and two surveys (a general county-wide survey and workforce survey) together received more than 2,100 responses. Building on the community input, a wide variety of sources were used to develop demographic and economic analysis.

The Housing Study includes a thorough analysis of all aspects of the region’s housing market, along with practical recommendations and tools to help address housing issues and opportunities.

The document is organized in a way that allows individual counties and communities to easily access local analysis with implementation tools that can be leveraged at the local or regional level.

Lawrence County is the second-largest county by population within the Indiana Uplands Region. Three cities within the county exceed a population of 1,000 residents with Bedford accounting for 13,292 residents and Mitchell 4,280 residents. The county has an older housing stock but has seen the market interest to purchase, rehab, and resale homes. Located just 24 miles from Bloomington, Lawrence County is often a bedroom community to Bloomington, but still, most residents live and work in the county. The southwest portion of the county is located within the Hoosier National Forest, providing a regional tourism draw in addition to Spring Mill State Park near Mitchell. A small portion of the northeast end of the county is within Brown County State Park.

Historic Trends: Lawrence County’s growth has occurred primarily during two decades, the 1970s and 1990s. Outside these decades, growth has been slower or flat. The American Community Survey (ACS) is estimating that since 2010 the county has lost population. This is likely reflecting the downturn at the beginning of the decade and not the more recent strong economy. It is likely that the 2020 Census will show flat or a small amount of growth.

Commuting Patterns: Lawrence County employs most of its own workforce within the county.

Housing Characteristics: This section uses the U.S. Census and local data to evaluate the supply, cost, and condition of housing in Lawrence County.

This information can help identify existing or potential imbalances in the market and may suggest policy directions for a variety of issues. Housing Age and Building History.

Costs and Incomes: According to the U.S. government, households spending more than 30% of their income on housing are considered cost-burdened.

The overall housing market in Lawrence County is considered affordable. A healthy, self-sustaining housing market will have a value to income ratio between 2 and 3. Lawrence County has a value to income ratio of 2.18 with a number of areas falling below 2. These lower-value areas may experience a significant gap between what it costs to construct new housing and appraisal value. This gap has to be filled either by the buyer or some other initiative at the time of financing.

Home Sales: Home sales over the past six years reinforce the perceptions of many stakeholders:

Increased demand has shortened the number of days quality homes will be on the market.

Since 2012, the median sale price in Lawrence County has increased by 39%, at the same time, the Census estimated median household income has only increased by 20%.

Housing Demand Analysis: The housing demand analysis builds on the population projections, housing trends, and community conversations to forecast the demand for additional housing. The model is built on the following assumptions with a 0.50% growth rate:

Housing Development Program: Building on the housing demand model, the development program forecasts production targets for the owner and renter-occupied units based on the following assumptions:

Approximately 270 new owner-occupied units should be priced below $130,000. This market will be met by the city’s existing housing stock or products that do not fit the traditional detached single-family homes, creating a filtering effect.

Nearly 435 rental units will need to be produced with monthly rents below $700 per month. These units will have to be generated through programs like low-income housing tax credits or gap financing.

In Lawrence County, many of these units were produced through the conversion of small, older single-family homes being converted to rentals. As much as possible these units should be a source of entry-level owner-occupied housing and not rental housing.

Very suitable land was defined as:

This map is intended to be a high-level overview of where development would be most suitable from land use and environmental perspective. It does not consider the status of properties (whether they are available for purchase, served by utilities, etc.).

The best areas for development are in the center of the county and extending along Highway 37. Lawrence County has some of the highest levels of very suitable land within the region, resulting in part to the highly connected road network and more rolling hill topography.

Site suitability shows the total feasible areas for development when costs and location are not a factor. Priority opportunities for development that can be targeted with programs, incentives, and public investment include:

Community Perceptions: The regional survey asked residents to identify their county of residence. This section explores the 174 respondents who identified Lawrence County as their primary residence.

How would you rate the impact the following amenities currently have on the attractiveness of your county?

Respondents were asked to rate a series of amenities based on their impact on the attractiveness of the county from highly positive to very negative.

What new housing products do you think would be successful in your county today?

Which types of housing solutions would you support to reduce the cost of housing in your county?

Respondents were asked about the types of housing solutions they would support to reduce the cost of housing. This will be important as area leaders begin to determine the strategy for addressing housing issues in the county.

Lawrence County has great potential for growth if investments in quality of life amenities, housing rehabilitation, and lot development are continued. Many older homes are being rehabilitated and returned to the housing market, a positive sign of reinvestment and interest in living in Lawrence County. Not unlike the rest of the region, market-rate rentals are needed, which often will require communities to share risk with developers.

Bedford and Mitchell are both making significant efforts to improve the quality of life in each community. These efforts are essential to continue to be competitive in a regional market. Jobs and potential job growth is strong, but to capture those employees takes more than housing. Quality environments, including schools, parks, trails and unique environments, like the county’s historic downtowns are other factors that influence where people want to live or open businesses.

Share risk with the development community on infill and redevelopment sites

Very rarely the rewards out way the risks for the private market on a redevelopment site. Cities will need to identify infill sites where they can aid in site prep and share some of the risks in the development of new market-rate residential units. This also means that the cities will share in the rewards, including increased property evaluations on these sites and new residents who purchase everyday needs within the community.

Lot development is occurring within Lawrence County, but on a minimal level and the costs to the development community to extend infrastructure have to be passed on to the homeowner. These costs have risen at a much faster rate than incomes in most communities in the Midwest, resulting in high-cost homes that only meet the housing needs of households that can afford the $225,000 plus home. For more affordable housing there will need to be more affordable lots. The cities will need to establish a strategy that is comfortable to them but can involve site preparation on infill sites to assist in infrastructure extension. These approaches will be further explored in the final section of this document.

The full study can be found here.