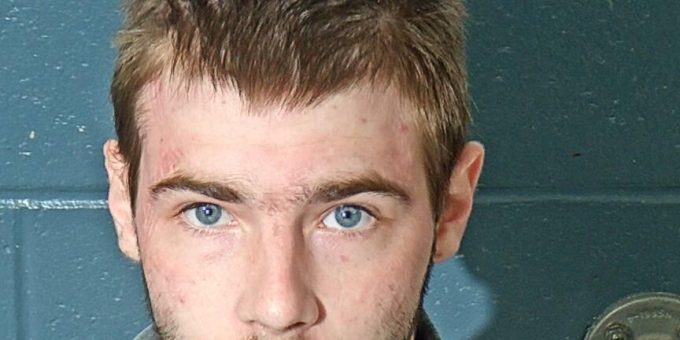 (BEDFORD) – A man found himself in handcuffs after an incident at the Bedford Police Department on Wednesday afternoon.

“Officers were speaking with a complainant on station about 23-year-old Cody Selvia,” says Chief Terry Moore. “Cody was a passenger in the complainant’s vehicle and began acting suspicious after cashing a check. He became angry with a juvenile and raised his hand as if was going to strike her.”

The complainant asked him to get out of the vehicle and he refused.

“After several attempts to get Cody out of the complainant’s vehicle they drove to the police department,” says Chief Moore. “Officers spoke with Cody while he was still sitting in the vehicle. He refused to get out and continued to ignore any conversation with the officers.”

Eventually, officers gained control of Cody by grabbing his wrist trying to get him out of the vehicle.

“Cody pulled away and started reaching for his waist,” added Chief Moore. “He was placed on the ground where he continued to resist until being placed into handcuffs.”

Selvia was arrested on charges of resisting arrest, intimidation and criminal trespassing.