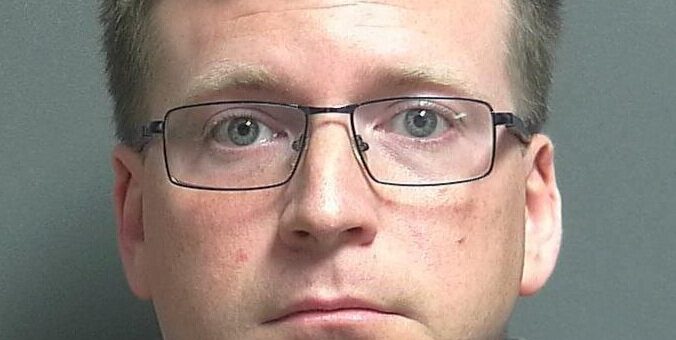 Chapman, 33, of West Lafayette, taught band class at Eastern-Greene Schools from June 8, 2015 through July 9, 2018. He also served as the band director for the school’s marching band and pep band.

Chapman is facing a charge of dissemination of matter harmful to minors, a Level 6 felony. He posted a $400 bond and was released from jail. Chapman is scheduled to appear for his initial hearing before Greene Superior Judge Dena Martin on Thursday, December 19th.

The Paoli School Board placed Chapman on administrative leave on Monday. Chapman was hired at Paoli in the summer of 2019. Superintendent Walker noted that former band director Bill Laughlin will take over all duties for now.

Indiana State Police began investigating allegations against Chapman on November 13, 2018 after a teacher told police she was concerned Chapman was spending time alone in the band room with two female students, ages 16 and 17, at the time of the incidents. The teacher says that they spoke to one of the girls about her relationship with Chapman and was told that he was sending her text messages that were sexual in nature.

Detectives interviewed the girl on November 13, 2018. She said that she and Champman both liked anime cartoons and would sometimes watch them together after school.

The girl described herself as a “black sheep” and saw Chapman as a father figure and friend. After he left his position at the school, she says he began making her feel uncomfortable and he began sending her text messages and well as graphic “memes” that were sexual in nature and saying that he loved her.

The girl told police that she didn’t know how to respond. The teen still had the messages and police placed them into evidence. The trooper decribed the messages as obscene.

After Chapman was no longer employed at Eastern-Greene, at some point he was employed at the West Lafayette Community School Corporation. Champman resigned from his position in 2018.

On November 16, 2018, search warrants were served at West Lafayette High School and at Chapman’s residence on Falcon Court in West Lafayette. An unknown number of items of evidence were seized.

The second girl told police that Chapman was just a friend and that there was no relationship between the two.