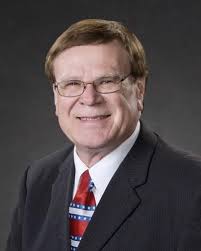 Spencer County Commissioner Al Logsdon stated that “Gene will be a great
a spokesperson for their district and is very dedicated to improving local government.”

The IACC is represented by six districts in the state. McCracken will serve on the IACC’s board of directors, which determines policies and legislative goals for the Association.

The elections were held during the IACC’s 2019 Annual Conference, the largest gathering of County Commissioners in the state. The three-day conference included several different workshops and breakout sessions that were designed specifically for county commissioners and support staff.
Commissioner McCracken and others attended several training workshops concerning county-related topics focusing on the conference theme “Sharing Solutions” where they shared solutions in many areas of local
government and focused on Cyber Security, Wastewater Planning, Economic Development, Indiana Jails in Distress, Emergency Preparedness and Resiliency, Road and Bridge Funding, Road Safety Planning, and more.

State Senator Rodric Bray who serves as the leader of the Indiana Senate as the President Pro Tempore “Shared Solutions” with Indiana County Commissioners as the Keynote speaker for the conference on current issues related to local government, infrastructure, and the mental health and addiction problem that is causing jail overcrowding in many Indiana counties. He has been a long-time partner of the IACC and is committed to improving the lives of all Hoosiers.