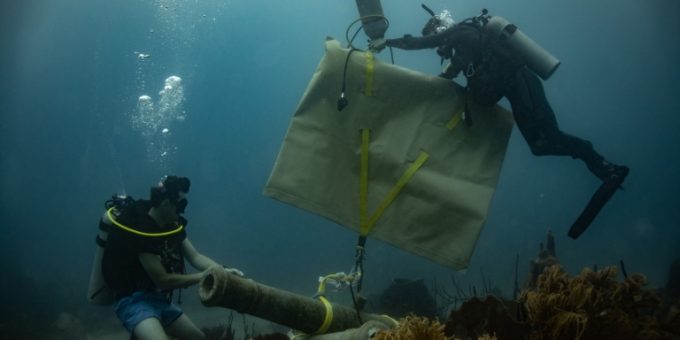 (BLOOMINGTON) – In partnership with the government of the Dominican Republic, researchers at the Indiana University Center for Underwater Science have opened their fifth “Living Museum in the Sea” in the Caribbean country – a continuation of the center’s holistic approach to protecting and preserving historic shipwrecks as well as their coastal environments.

Charles Beeker, director of the Center for Underwater Science and a clinical professor of kinesiology at the IU School of Public Health-Bloomington, said the creation of the Living Museums in the Sea involves both biological and archaeological protection efforts because scientists combine maritime treasures with their associated underwater biology.

The underwater museums are open to the public and must be accessed by snorkeling or scuba diving. However, to facilitate the access by the non-diving public, many of the shipwrecks researched by IU have conserved artifacts on display in the Museo de las Atarazanas Reales, the Dominican Republic’s national maritime museum in the UNESCO World Heritage site Colonial Zone.