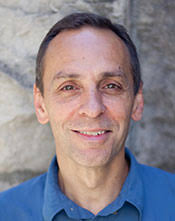 Ruff is ending 20 years as an at-large member of the Bloomington council after he lost in last spring’s Democratic primary while seeking a sixth term. Ruff is an academic advisor at Indiana University and previously was a staffer with former Democratic U.S. Rep. Baron Hill.

Hollingsworth, the son of a Tennessee business mogul, had moved to the district in 2015, shortly before launching his first congressional campaign. Hollingsworth faced an accusation of buying a seat in Congress as he cleared a crowded 2016 GOP primary field with $3 million he loaned his campaign and attack ads run by a super PAC financed with about $1 million from his father.

Hollingsworth won reelection in 2018 with 56 percent of the vote even as Democratic nominee Liz Watson spent $2.5 million on her campaign.

The 9th District stretches from the Ohio River near Louisville, Kentucky, to the southern Indianapolis suburbs.