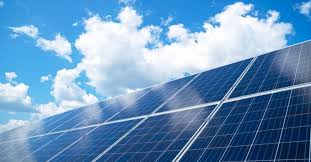 (PERU) — A company that provides electricity to dozens of Indiana communities has been working to add at least 17 solar farms to its system, officials said.

The Indiana Municipal Power Agency said it now has 21 solar farms generating electricity around the state and is building more at it aims to have half of its power coming from renewable sources by 2030.

One farm being planned by the company near the northern Indiana city of Peru would cost $19 million and have about 40,000 solar modules on a 73-acre site, according to The Kokomo Tribune. That farm could be completed in 2021.

Vice president Jack Alvey said the power agency wants to build a solar park in each of its 60 Indiana communities where it provides electricity to municipal utilities. It has nine parks under construction in cities such as Anderson, Crawfordsville and Richmond, and eight in the planning phase.