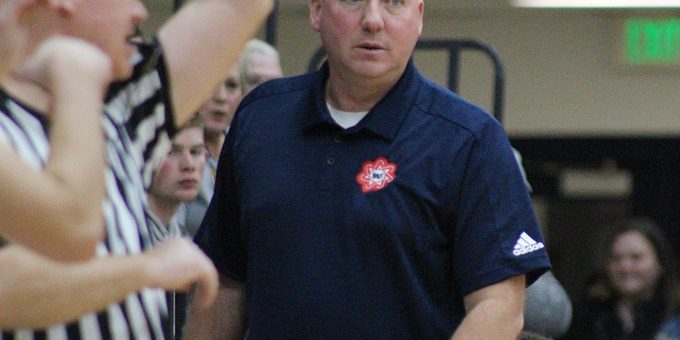 BEDFORD – Victory can be elusive, so difficult. It’s a learned skill, like math. And sometimes it doesn’t add up.

Bedford North Lawrence is still figuring out that. The Stars, still calculating and erasing the incorrect answers, will test themselves again on Saturday night against an equally inexperienced opponent that just got its first win.

The Stars, stinging from the 0-2 start and the 62-30 loss to No.3 Bloomington South on Friday, will host Terre Haute North in a key bounce-back clash. BNL has won two straight in the series and needs some positive reinforcement.

“It’s a tough start,” BNL coach Jeff Hein said. “We’ve learned a lot. As long as we continue to improve, we’ll be OK in the long run. It’s a marathon, not a sprint, and we have to remember that. If we stick with it, we’ll get better as the year goes on. It’ll take a little bit to find ourselves. Hopefully we find a way to get a win.”

The Patriots started slow as well with a 50-47 setback to Mooresville, then stopped Evansville Central 65-37 on Friday night. They’re still a work in progress as well, having lost 9 seniors from last season.

“We are similar to BNL in that we lost several key contributors from last season’s team,” TH North coach Todd Woelfle said. “We only have three players with any real varsity experience and we’re trying to find our way here early in the season.

“We have a small margin for error and must take better care of the basketball, execute offensively and do a better job on the boards.”

“Gauer is a good player, a catch-and-shoot guy, and Sturm can step out and shoot the three, so he’s a touch matchup,” Hein said. “They have some pieces. They’re a lot like us in a lot of ways.

“It’s a great preparation game for us for the following Friday, our first conference game (with Columbus East). Those two mirror one another in a lot of ways.”

Woelfle is concerned with BNL senior Brayton Bailey, for obvious reasons. Bailey had 19 points and 10 rebounds last year as the Stars rolled to a 57-45 win over the Patriots.

“There are several new faces at BNL, but one of them is very familiar,” Woelfle said. “Thank goodness he’s a senior. Brayton can be a big problem if we don’t limit his efficiency, because he has guys around him who can shoot. They got off to a slow start at Bloomington North, but I was very impressed with their resiliency and ability to get back in the game.”

Last meeting: Last year at Terre Haute, Brayton Bailey scored 19 points and grabbed 10 rebounds as the Stars carved up the Patriots 57-45. McCall Ray and Jathan Ritter had 12 points each for BNL, while Cayman Hayes had 17 for North.

Game notes: TH North coach Todd Woelfle is 150-124 in his 12th season with the program. The Patriots went 0-6 to start last year before bounding back with 12 wins.