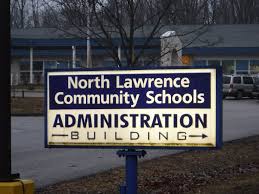 (BEDFORD) – During Thursday’s school board meeting many requested the school board to take a time out on the proposed consolidation of the elementary schools.

Residents from Fayetteville and Heltonville continue to plea for the school board to slow down the process of the consolidation plan.

At the end of the meeting, Dr. Mungle presented the facts in regards to Plan 3 and recommended the board consider it for future consideration.

Most of the evening’s comments were similar to what was previously addressed to the school board with Jon Roodschild stating, “Take time out, do not move so quickly. It is too extreme and unnecessary. “

He used comments from former Superintendent Gary Conner back in 2017, stating, “There may need to be school closings. But, not the extreme measures of closing 5 to 6 elementary schools, and 2 or 3 middle schools.” Roodschild stated to the board. Roodschild stated transparency and communication are very important.

Teresa Wade of Williams, offered other alternatives and considerations for the board, including budget cuts prior to closing schools.

“Let’s not do a hatchet job, and hatchet off all these county schools,” Wade stated. “ In Indiana, there is a motto ‘No Child Left Behind’ you are leaving Fayetteville children behind.”

Wade stated the hiring of administrative staff was money lost to instructional staff and the students. “This clearly shows the children are not a priority, then again ‘No Child Left Behind’.  The job of the school corporation is to educate our children, to be productive members of society. Your job is not to recruit for the NBA or NFL for a minute percentage of the entire student percentage,” Wade added.

“Can anyone provide the data in writing, on the savings, what does the five-year plan look like under Plan 2 and Plan 3. Where are we headed? If you are like me you would want to see all the information, data, facts and figures, and the public wants to know,” she added.

Sharon King pleaded that school board officials should consider the children that do better in smaller classrooms. “Not all children fit into a box,” she added. King pointed out children need stability, and the consolidation may not be in the best interest of some children.

Below is a look at what Plan 3 looks like, you can go to the NLCS website and access all the data in regards to the proposals as well as information used in the process to come up with the Visionary Committee Recommendations.

When these schools close, Dr. Mungle is not recommending in repurposing the buildings. However, if the county, state, federal or private sector is interested in them it could be a benefit. He stated he does not see the school corporation owning those buildings in the future. The only building that he recommended for re-purposing was the Stalker Elementary which will be used as an Early Learning Center.

” I do not want to pass up the possibilities, but we need to look at getting rid of those facilities,” Mungle stated.

Dr. Mungle is being challenged by many in the community because he was not from here that the closing of schools does not matter to him. Dr. Mungle reassured the attendees that he loves Lawrence County and is very passionate about the community.