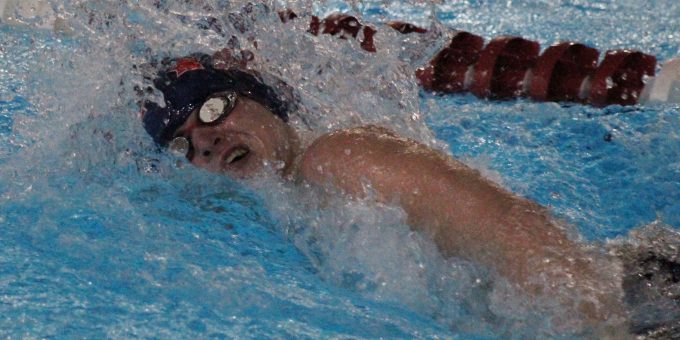 BEDFORD – If first counted most, Bedford North Lawrence was golden. The Stars won almost every event, except two. And one of those, a point-heavy relay, cost the Stars a dual-meet win.

The submarining Stars, hoping to avoid Bloomington North’s depth charges, were outmanned – quite literally – as the Cougars escaped with a 96-87 victory over No.8 BNL in the boys meet. North swept to a 117-63 triumph in the girls meet on Thursday night.

The difference came down to depth. North had more bodies to dump in the deep end, and that proved crucial when the Cougars claimed the top two spots in the 200-yard freestyle relay. That was a 10-point swing the Stars just didn’t have the manpower to make up.

BNL didn’t sink without a fight. Jacob Werley won twice, as did Andrew Swenson and Dayson Sorrells. The Stars won the other two relays. It wasn’t the blues that got them, it was the reds and whites, the seconds and thirds that added up to offset BNL’s individual talent edge.

“It was a little bit frustrating,” Werley said.

“I was super happy with everyone,” BNL coach Terry Tlustek said. “Everyone swam season PRs, they were all charged up. But the depth just wasn’t there.”

“I felt really good,” Werley said. “It’s going to be a long season. I just want to drop time every meet. That’s my goal.”

“I was really focusing on trying to fix my turns,” Patton said. “I usually go slower into the turns. I feel I did that better.

The Stars will return to action on Dec. 14 at New Albany.